“The real mystery does not behave myste- riously or secretively; it speaks a secret lan- guage, it adumbrates itself by a variety of images which all indicate its true nature.” — Carl Jung in Psychology and Alchemy, part III, chapter 2.1

Enigmatic psych doom outfit ENPHIN, formerly known as “Mr. Peter Hayden” or simply “PH” return with their 6th full-length album and Pelagic Records debut, titled “End Cut”. A movie script that became a record, “End Cut” represents a perilous yet enlightening journey for body and mind. If you commit yourself to their guidance, ENPHIN will take you on a journey through post- apocalyptic wastelands into the deep caverns of the soul.

Throughout the years many have attempted to probe into the mystery as to whom Peter Hayden might be, but now the two letters have morphed into a new name which refers to the French enfin and which translates to the adverb ‘in the end’. With End Cut the four-piece from Finland present a deeply philosophical space doom epic that acts as a final statement on this enduring mystery and which holds the sublime moment in which the true nature of Peter Hayden will be revealed.

“It represents the ideal mindset,” related bassist Lauri Kivelä earlier in an interview with Cvlt Nation. “The theme of all [our] albums is that of spiritual growth, a kind of inner power thing. It is about who one could be.” Ever since their inception in 2000, ENPHIN have, among many things, explored the Jungian-Alchemical spiritual progression arc which ties in with concepts like the dark night of the soul and the four stages of awakening. Starting out as a quartet, the band wrote their first three albums, Faster than Speed (2010), Born A Trip (2012) and Archdimension Now (2014) in an attempt to deconstruct the four dimensions using winding compositions to stretch time and space, blending psychedelic rock, space rock and doom metal while expanding their lineup up to seven members at best. After that the band re- leased Eternal Hayden (2016) and Osiris Hayden (2019), which were characterized by more concise songwriting and a focus on themes like spiritual growth, ascension, and overall progression towards freedom.

Presenting the listener with a post-apocalyptic storyline, End Cut can be perceived as the final part of a second trilogy, as well as a first part of something new, which explores the aforementioned themes on multiple levels. With a lineup reduced to its original size of four musicians, End Cut continues the ban- d’s trajectory of writing increasingly shorter songs. Gone are the hour-long sonic journeys that marked the first trilogy and enter fifteen dynamic compositions that make up a troubling journey through dark landscapes and harrowing visions.

Driven by a moody bass drum thumping away at mid-tempo, album opener “An Nihilist” acts as a manifesto, beckoning the listener to join the band in their continued philosophical explorations. Complemented by the ambient vocals of Finnish electro-pop singer Ringa Manner (Ruusut, The Hearing) and a great number of samples, End Cut sees ENPHIN expand their sonic palette once more to an unprecedented variety, marking a shift in musical direction not unlike bands like Ulver or Boris pulled off in the past. However, instead of wholeheartedly going in a different direction, ENPHIN use End Cut to expand their sound in a great multitude of directions, further exploring elements of industrial, synthwave, goth rock and techno.

In expanding their vision and contracting their sound, ENPHIN have lifted their artistry to a whole new dimension, making the name change all the more fitting and appropriate. As with their previous albums, the interpretation of the listener is central to the experience of the music of ENPHIN. Like an esoteric eucharist, End Cut requires partaking to reveal its mystery. Listening to End Cut without the knowledge that it pertains to Jungian-Alchemy, is like an “obscurum per obscuribus” — explanation of the unfamiliar through something even more unfamiliar — a phrase that Jung himself describes in his analogy of alchemy, Christian dogma, and psychological symbolism.

The undiscerning listener will find the album to be a wild and compelling sonic trip— but for those who are familiar with the band’s previous records, End Cut will cut even deeper and reveal itself as a journey beyond the physical, beyond the meta, beyond death, towards an unknown gloomy place painted in the dark colours of the album’s closing tracks Nothing, Sang Unity, and Endling. With End Cut, ENPHIN are piercing the soul, creating an experience that supersedes their previous works and that might well be- come their opus magnum. 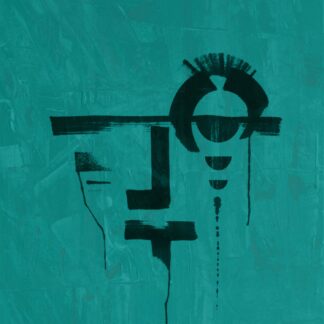